WordPress 5.1 (named “Betty” for those of you who are curious) was released yesterday.  It’s the first ‘major’ release since version 5.0 brought us the new block editor called Gutenberg back in December. 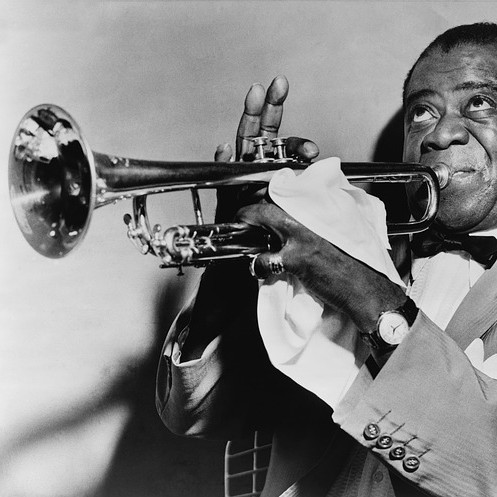 A quick back story about the name “Betty” for those of you who don’t know but might be curious.  The reference is to Betty Carter, an American jazz singer who died in 1998.  Carter toured with Ray Charles in 1960 and even recorded some duets with him in 1961.

Remember the song “Baby, It’s Cold Outside” featured in the movie, “Elf” starring Will Ferrell?

Well, Ray Charles recorded a version of this song with Betty Carter and referred to “Betty’ throughout the song rather than “Baby” as we heard in other versions (there have been TONS of recordings since 1951 by the way.)

Great, but why are these releases being given names like Betty, Bebo and Miles (look for a future version named Louis perhaps)?

In short, the core group of developers responsible for releasing all versions of WordPress since version 1.0 back in January of 2004 share a love of jazz music.  So, all of the major releases since that very first one (Miles Davis) area named after jazz musician the group admires.

So, 1.0 through 5.1 and everything in between (only the major releases get names) has been assigned a name like “Betty” or “Bebo” as in the case of the big 5.0 release before it at the end of 2018.

What is the focus of WordPress 5.1?

When the 5.0 release came out, a new block editor was introduced for administrators and blog publishers to more easily create layouts in their blog posts.  With this 5.1 version, we are seeing a focus on ‘polish’ as it relates to the overall performance of the new editor itself. 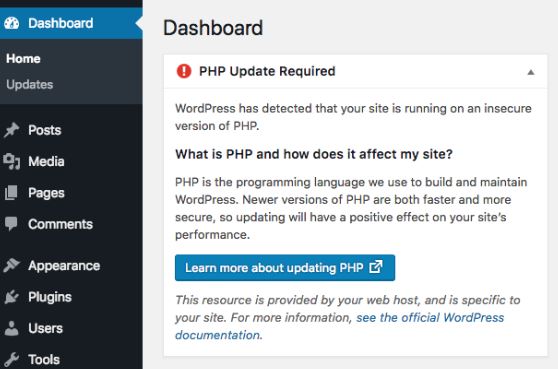 In fact, WordPress is now going to start showing notices to administrators when they run sites on old, outdated version of PHP (the programming language that powers WordPress.)

What happens if WordPress is happy with the version of your existing PHP installation?

Well, nothing.  At least, I don’t see anything displayed in my dashboard on sites running version 7+, but I can’t speak for sites running older versions like 5.6 or 5.4, etc.

I know some big box shared hosting accounts top out at PHP version 5.6 unless you switch your site account to a cPanel.  However, switching tons of websites to cPanel for existing hosting accounts might not be top of mind for most small business owners.

I’ll be interested to see where these new alert feature draws the line for administrators.  Good to know that this warning will be prominent based on the visual displayed here.

If you are using the new block editor that was included with the 5.0 release in December, you experience a performance boost with the 5.1 release.

Personally, I don’t use Gutenberg (yet) because the themes we tend to use for our sites and client sites include their own editors that are block based but full of UI goodies above and beyond what I’ve seen with the WordPress default.

If YOU are using the block editor, you should feel a quicker start and smoother typing of posts in general.  They say there are more performance improvements coming over future releases this year too.

About the Author: Sisson Media Corp

Scott's web services company has over 10 years helping small to medium-sized businesses establish an effective online presence using the internet. Over the years, we have built and ranked business sites ranging from professional consultants to corporate customers like Marriott and Chick-fil-A.

Sisson Media is a huge asset. They enable Cover Ups to make sound decisions involving our internet marketing and give recommendations on website development. Very professional and knowledgeable.

We consider Sisson Media one of our most reliable vendors. They are easy to work with, and they always produce consistent, high quality results.

Scott has consistently provided superlative work in a very expedient manner, not only in the design and implementation of the web site, but also in making sure that my site can be easily found on all major search engines.

The service has been fantastic and our revenue growth has been well over 200% in our second year and expected to double that in our third year… We have been impressed with their ability to meet our needs and consistently deliver superior quality with the professionalism and record results… We are huge fans of the Sisson team!